Well April has certainly started the summer off with some good weather so far. We have enjoyed some light April showers followed by some wonderful rainbows. 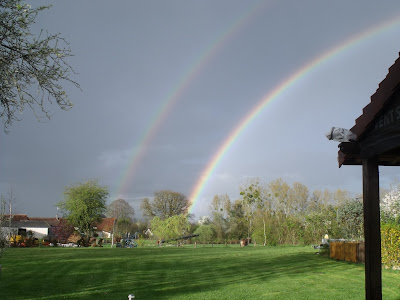 The animals in the fields close to les Deux Platanes are making the most of the fresh green spring grass. 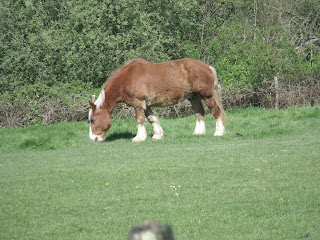 The early flowers are also out with lots of perfumes in the air especially strong from the lilac. 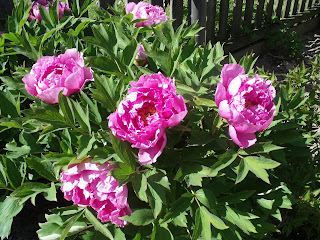 The ex UK politician Micheal Portillo has re-invented himself as a train journey guide and last week he was on a lake in some remote part of Norway. He mentioned that in parts of Norway it was possible to 'listen to the silence' a very rare experience in a world where most people have a life full of noise from roads and life's other bustle. However here in central France we take 'silence' for granted especially in the evenings. We do have the noise of birds, frogs and the very occasional car but otherwise its possible to 'listen to the silence'. Recently we have also had some beautiful early evening sky's as the moon is low and looks like the sun. 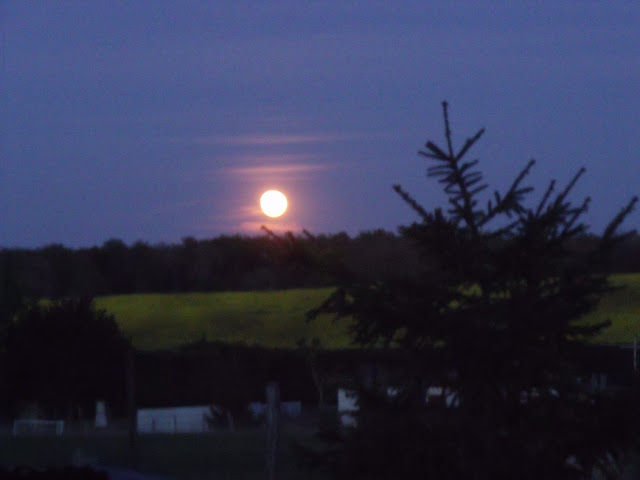 Les Deux Platanes is situated in the hamlet of Le Breuil aux Gittons, a rambling hamlet of 32 houses and small farms all well spaced out on a winding road that eventually passes our door. We do however have a concentration of property and a small farm that could be described as the 'centre' of the hamlet. We are the only 'English' in this immediate area and we are surrounded by typical country French. We have a young lady 'farrier down the road, with her husband they often pass in a 'trap' just as you would see in 'Downton Abbey'. However despite everyone appearing to look very 'country' French  many have surprises such as another neighbour who arrived today asking to borrow my scaffolding.

More news later this month as the 'flowers' arrive!