In the cottage we keep a comments book. This is of great value in that new guests read through the hundreds of comments left by past guests. Not only do they find comments about the cottage (we put many of these on this website under 'Guest Comments' ) but they also find these comments a treasure trove of first hand guidance into the many places to visit across the area.

In 2013 we had two guests who spent part of the holiday tracking down the places and locations mentioned in the recent book about Pearl Witherington the WW2 British spy (featured on BBC television) - http://www.bbc.co.uk/news/magazine-23845199 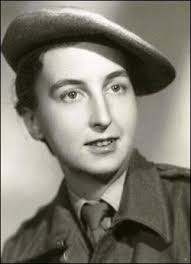 Eventually they managed to track down the remains of a chateau that was destroyed by the German SS, they were also lucky to find a local French guy who took them down a track into what is now a forest and there were the chateau remains. So these guests along with many, many others over the years have written in the guest book so providing a source of first hand guidance to area.

Before guests arrive for the 2014 season we will as usual be preparing the cottage and ensuring everything is 100% perfect. After 14 years use the chauffe-eau (water heater) is ready for some TLC. I have recently stripped out the electrics and removed the access plate exposing the inside. As expected I found a good quantity of calcaire (lime crystals) - about half a bucket. May seem a lot but that's not much for the time period so I think the electronic water treatment device I fitted 10 years ago is having some effect. The renovation will also help the water heat quicker especially with a new and more efficient heating element.

OK, its back to work!